I’m not one who fits in any box.  Even filling out a form is a “form” of torture.  One bio won’t really capture all of what I do or what is important to me.   So, I created bios which are focused on specific themes.   They always need updating, since I’m always on the move, but they give you some history.

J. Kim Wright’s career has been focused on humanistic, relational approaches in law. From collaborative divorce practice to restorative justice, values-based contracts (and many others), she has practiced, pioneered, and promoted innovative models and ideas.  These approaches have collectively come to be known as Integrative Law.

J. Kim Wright began working to transform the legal profession more than 25 years ago. She is an author and contributor to several books and periodicals, including some published by the American Bar Association; co-creator of the Conscious Contracts® movement, and a guiding force in the Integrative Law Movement.

As a legal systems entrepreneur, J. Kim Wright has a lot of roles and job descriptions.  Overall, she is about transforming systems, ideas, approaches, locations, and habits in the legal system. She is a connector of cutting-edge lawyers, like-minded professionals, and communities.  She creates books, courses, articles, conferences, new approaches, and organizations. She innovates in a legal system which serves lawyers, their clients, and the planet.  She teaches lawyers, law students, and entrepreneurs. She is a coach and  trusted advisor to clients who are changemakers. After a dozen years of being a nomad, bringing change, connection, and humanistic innovations on six continents, she is one of the spaceholders of the integrative law movement.  For more details, see http://jkimwright.com/  or https://www.linkedin.com/in/jkimwright/

In the late 1980’s, J. Kim Wright, J.D. began her legal career while still in law school, volunteering as a Guardian Ad Litem in cases of child abuse and neglect. After excelling in advocating for children in the dependency area, she was chosen to be the first GAL in a pilot program to represent children in high conflict divorce cases.  Her volunteer position led to her first job after graduation, as executive director of a domestic violence center where she was an advocate and administered the agency, a shelter, outreach and training program on the dynamics of domestic violence for law enforcement and victim advocates. The agency was accountable for an eleven-county area, mostly rural and much of her work was community education, including hosting international experts and educational conferences.  She designed and implemented the first domestic violence task force in the US, a model for community collaboration by service providers for domestic violence victims and perpetrators.

In 1994 Kim opened a solo law practice focusing on domestic relations. She enjoyed success and recognition as a trial lawyer (by win/lose standards), but sought alternatives to litigation beginning in the mid-1990’s.  She was one of the early-adopter lawyers to contact Stu Webb, the originator of collaborative law.  She was also the first lawyer in the US to offer social work and mediation services in her Divorce and Family Law Center, which required a change in the ethical standards of the North Carolina Bar (which had previously prohibited multidisciplinary approaches).  As Managing Attorney, she not only supervised associates and staff, she provided direct services to family law clients in collaborative, cooperative, and mediation settings.  Her innovative firm was a placement location for both social work and law students of local universities.

In 2000, Kim took a short break from law practice to create the first website about what is now known as Integrative Law.  The site showcased what was innovative and transformative in legal practice, spurred the founding of the Renaissance Lawyer Society, an international organization of lawyers, and established her as a leader in a budding movement.

Later, she was a mediator for a law firm called Peacemaking: Family Law Without War, before returning to open a new solo practice, Healers of Conflicts Law & Conflict Resolution Center in 2003.

Kim Wright was an attendee at the first conference of what became the International Academy of Collaborative Professionals and many subsequent ones, presenting at several. She wrote articles for the Collaborative Review, the official publication of IACP, and she became a speaker and collaborative law trainer in the early 2000’s. She created conferences, workshops, and symposiums on many topics, including co-organizing and co-facilitating the symposium on LGBT issues in collaborative law, an international symposium in Canada in 2007.    She also became a coach and consultant for lawyers to establish their own peacemaking practices and collaborative practice groups.  She has trained collaborative lawyers in basic and advanced skills in several US States and has offered introductory programs on four continents.

Kim Wright’s commitment to child advocacy has a personal component.  Sixteen children have called her “Mother,” including birth children, step-children, foster children, and other loved ones. She has faced most possible challenges of raising children.  Her involvement with “at risk” teens led to an interest in restorative justice.  Her domestic violence experience with victims and perpetrators, added to her mediation skills, allowed her to laterally transfer into restorative justice conferencing in cases of severe violence.  Her complex family law practice often involved small businesses and she became interested in applying conscious legal practices to contracts and businesses, just as she was applying them in family law.

Kim Wright was on the faculty for Omega Institute of Holistic Studies for 2014.  She was the keynote presenter for their inaugural intensive offering on holistic divorce in July. Omega Institute is “the nation’s most trusted source for wellness and personal growth” offering workshops, professional trainings, and wellness vacations at their New York location.  Omega’s programs “inspire an integrated approach to personal and social change. Omega provides a forum for people to be exposed to new ideas and ways of navigating an increasingly complex world  in the presence of leading thinkers of the day, such as Al Gore, Deepak Chopra, Gloria Steinem, Maya Angelou and many other creative, talented teachers.”

In 2009, the American Bar Association named Kim Wright a “Legal Rebel” for Collaboration.   The ABA Legal Rebels are “finding new ways to practice law, represent their clients, adjudicate cases and train the next generation of lawyers.”

The ABA also asked her to write one of their flagship books, Lawyers as Peacemakers, Practicing Holistic, Problem-Solving Law, which became an ABA best-seller.  Her second ABA book, Lawyers as Changemakers, The Global Integrative Law Movement, was released in December, 2016.

J. Kim Wright started her first business (selling Christmas cards) in the sixth grade and her first organization (a foreign language club) in the ninth grade.  Since then, she’s lost count of the organizations she’s helped to create. She’s been a social entrepreneur, one who starts organizations for the public good, for most of her life.   Her business experience before law school included several jobs in hospitality and travel. While a full-time law student, she co-owned and managed a taxi and airport transportation service.  Of course,  a law practice is also a business and Kim has been a self-employed lawyer since 1995.  Always on the cutting-edge, she had one of the first lawyer websites in the country in the mid-1990’s. She is also the founder of Cutting Edge Law Enterprises, Inc.

Kim jointly majored in Business Management/Economics and International Studies at Warren Wilson College in North Carolina, later earning her law degree at the University of Florida.

As a lawyer in her early career, Kim focused on family and small business law, often handling both in the same case as family businesses were impacted by shifts in relationships.  She helped clients to form, modify and dissolve businesses, draft contracts, operating agreements, articles of incorporation, by-laws, and other legal documents.

In the early days of socially responsible businesses, she studied companies like The Body Shop and Ben & Jerry’s.  She attended an early on-line conference on Business as Agent of World Benefit and became interested in applying conscious legal practices to contracts and businesses, just as she was applying them in family law.  Later, she began to follow conscious business and social ventures. She incorporates the work of the conscious business movement in her workshops and client relationships.

In 2000, Kim took a break from law practice to create the first website about what is now known as Integrative Law.  The site showcased what was innovative and transformative in legal practice, spurred the founding of the Renaissance Lawyer Society, an international organization of lawyers, and established her as a leader in a budding movement.

In the early 2000s, Kim also participated in a series of programs on Information Entrepreneurship, how to earn a living by packaging your expertise.  She was a pioneer in e-book publishing, publishing a Legal Toolkit for professional coaches in 2001, before a lot of people even had regular email addresses.

In 2007, Kim’s career started shifting.   She was speaking, creating conferences, workshops, and symposiums on many topics.   It was hard to keep up with law practice and do so much traveling. As her life took a turn, she decided to focus on her new venture, Cutting Edge Law.  She closed her law practice and took to the road, videotaping interviews with lawyer-pioneers and posting the videos on the website.   The American Bar Association took notice.  In 2009, the ABA named Kim Wright a “Legal Rebel” for Collaboration.  The ABA Legal Rebels are “finding new ways to practice law, represent their clients, adjudicate cases and train the next generation of lawyers.”  The ABA also asked her to write one of their flagship books, Lawyers as Peacemakers, Practicing Holistic, Problem-Solving Law, which became an ABA best-seller.  Her second book, Lawyers as Changemakers, The Global Integrative Law Movement was released in late 2016.

After more than 12 years of travel, Kim has trained lawyers  on six continents. She leads workshops and is a coach and consultant for lawyers to establish their own peacemaking practices and collaborative practice groups.   She also works with businesses and business owners on contracts. One of the most popular workshops is values-based contracts, under the trademark of Conscious Contracts.

Conscious Contracts is an approach to contracts that focuses on creating relationships and shared values that become the foundation of resolving any conflicts.  Such relationships are partnership-oriented from the start; they build sustainable relationships and ground the inspiration of a new venture in practical next steps.

This is a supplement to my other bios.  I’ve always been a student of Organizational Development and have applied training and knowledge in various leadership positions.

Founder and board member of organizations including: 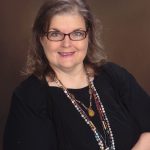